Over the last 15 years, Leonardo has performed his Country Blues Narrative with Songs at local public libraries, historical societies, and for private groups. It is from 90 minutes to 2 hours in length. It is performed sitting in a chair on a 3" stage using two National Reso-Phonic guitars. He tells the story of the blues by starting with transforming prison work songs into blues songs. From there, he continues chronologically using songs to illustrate how the blues developed. This is done totally acoustic, i.e. using no microphones or sound reinforcement; just like the songs were originally performed. The audience is encouraged to ask questions which helps steer the narrative. He has from 3 to 4 hours of material to select from, so no two performances are the same.

"Although marketed as a concert of blues music, Leonardo's Country Blues Narrative with Songs is a multifaceted performance of blues music, narrative history, and biography. Leonardo is a talented musician with a complete mastery of his material and is fully engaged with his audience. During the program you get the impression that he's playing informally just for you, something I've never experienced before in a concert." Matthew Day, Royal Oak Public Library "Leonardo has performed in the past as a solo acoustic act in the Jazz & Blues @ the Southfield Library series. His earlier performance of early country blues music was in the style of the some of the well-known artists who originally recorded the music - very entertaining and very informative. Leonardo is a very talented multi-instrumentalist, with special skills on guitar. And, he is an excellent entertainer. He has an easy-going, informal style that the audience genuinely appreciates. And especially valuable for our library series, he is a suburb storyteller with vast knowledge of the history of early country blues." Don McGhee, Jazz & Blues @ the Southfield Public Library "Leonardo's Country Blues Narrative performance was by far our largest viewed program in recent memory. He's clearly a great talent and is very knowledgeable on country blues history. He comes highly recommended." Paul Konkolesky, Warren Public Library "Effortlessly blending music and storytelling, Leonardo creates a wonderful and entertaining program that gives a history to a wonderful genre of music and the people that made it. You can feel the love and passion he has, as well as his experience with music, throughout the entire show and it's a joy to get to hear someone who has clearly devoted a lot of their life to learning and teaching others about music." Joe Kelly, Rochester Hills Public Library 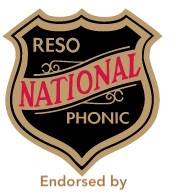